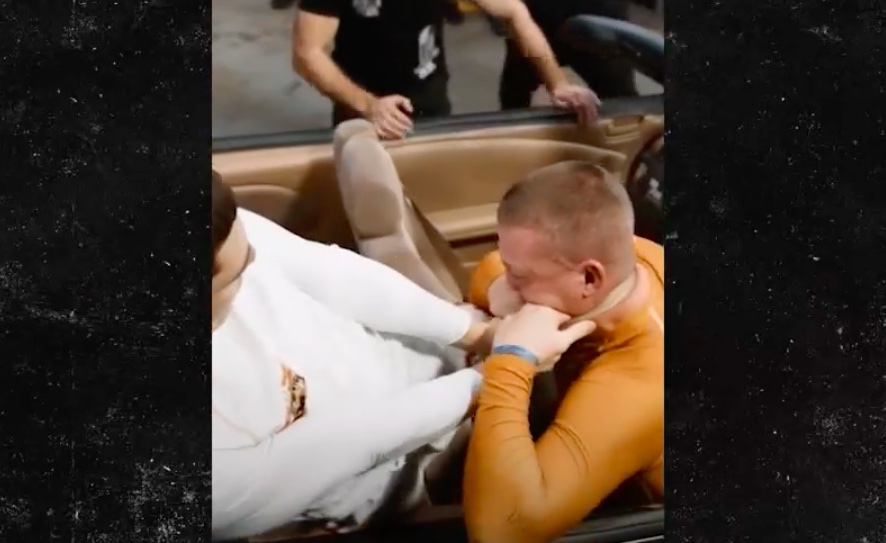 Two individuals who practice the martial art Jiu-Jitsu got into a fight in a convertible car, and one of the fighters almost choked his opponent with a seat belt.

The two experts are Kalinkin Kir and Leonid Fedorenko, and they fought in the framework of the event “Punch Club Jiujitsu”, somewhere in Russia (location unknown).

This type of fight works like this: the two opponents sit on the front seats, and as soon as the bell rings, they jump on each other. In this case, Kir grabbed the seatbelt and put it around Leonid’s neck to choke him.

Two Jiu-Jitsu practitioners fought inside a convertible and one of the men was nearly choked unconscious with an actual seat belt — and the video is wild! https://t.co/TlLwBlprdq

Even though the belt was very tight, Leonid managed to get out of it and was able to continue the fight.

Note that in the art of Jiujitsu, a “safety belt” is a position where the fighter in a dominant position locks his hands on his opponent’s chest. In this case, we are talking about a real car seat belt, which is very different.

You should also know that the Punch Club organizes UFC/boxing fights in a phone booth. It’s very violent!

Dude got lit up in a phone booth fight pic.twitter.com/tQ43z2b4Q9

Beer banned at the World Cup!